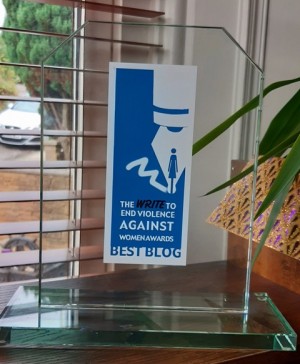 The author of the books, E L James, began writing Twilight fan fiction. Her stories were centred around Twilight characters Edward Cullen and Bella Swan but with a sexually explicit element not shown in the films. The popularity of James’s fan fiction pages was picked up by publishers, names and some character/plot details changed, and the Fifty Shades trilogy was born.

There’s a saying that’s generally cited as being an old African proverb – “It takes a village to raise a child”.

It means that everyone in that child’s community has a positive part to play in its rearing; caring, teaching, nurturing, nourishing, healing, and overall being a positive influence. And it makes sense. A society or community that values a child is a positive thing. It’s an example of a diverse range of people across society with a single aim - creating a safe space for that child to live and grow and thrive.

“People who loudly advocate that sex work is real work so it should be decriminalised or legalised completely, say it is the stigma of sex work that makes it dangerous. This is false. It is not the stigma that makes it dangerous. It is the males who are violent because they feel entitled to women’s bodies that are dangerous, whether as a buyer or as a pimp, because the sex industry is inherently violent.”[1]

On 17th June 2021, Glasgow City Council launched a consultation on their draft policy for the licensing of Sexual Entertainment Venues (SEVs) in the city. This draft policy follows an earlier round of evidence gathering meetings with stakeholders that included SEV owners, managers and performers, those men who use the clubs and a wide range of agencies including police, fire service, child and adult protection services, and NHS. The Licensing Committee also took evidence from ‘sex work’ organisations such as ScotPEP and Umbrella Lane, as well as those services in Glasgow that provide support for women and girls who have experienced all forms of sexual violence, abuse, and exploitation.

“The human response to psychological trauma is one of the most important public health problems in the world. Traumatic events such as family and social violence, rapes and assaults, disasters, wars, accidents, and predatory violence confront people with such horror and threat that it may temporarily or permanently alter their capacity to cope, their biological threat perception, and their concepts of themselves. Traumatised individuals frequently develop post traumatic stress disorder (PTSD), a disorder in which the memory of the traumatic event comes to dominate the victims’ consciousness, depleting their lives of meaning and pleasure.”[1]

Doctor Bessel van der Kolk goes on to define trauma: “Trauma is not the story of something that happened back then, it’s the current imprint of that pain, horror and fear living inside people.”

This single definition is at the root of understanding trauma. It shows us the complexity of trauma and the need to understand the long-term effects it has on the life of the trauma survivor.

Oct 18: There’s a saying that’s generally cited as being an old African proverb – “It takes a village to raise a child”.

Why doesn't she just leave?

Oct 19: Another excellent article by Dr Anni Donaldson – a ‘must read’